Bonita Narra explains why she went vegan, and how it helped her 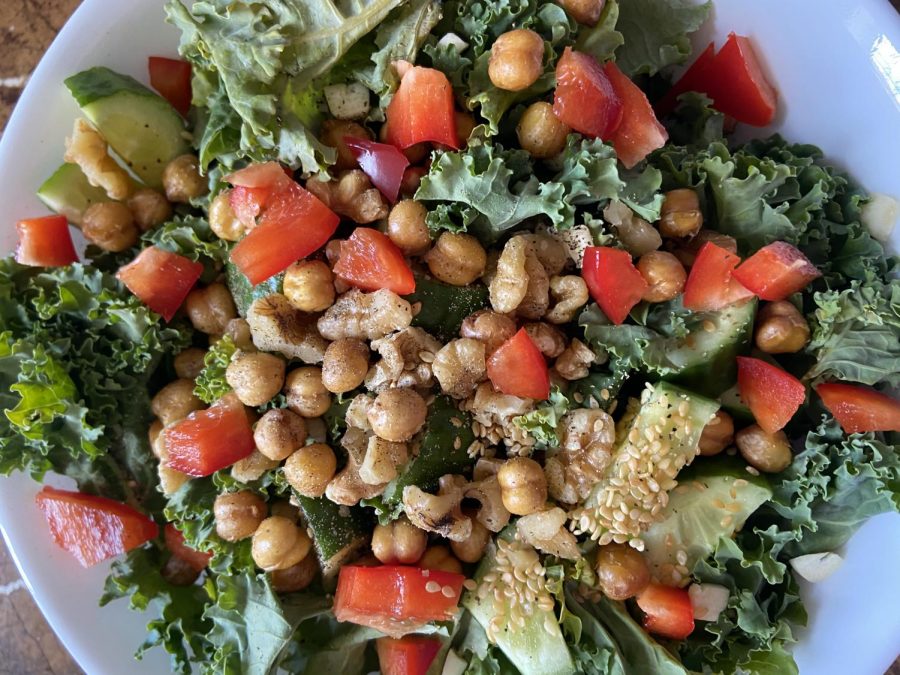 As you walk into the cafeteria of Novi High School, you can see more and more people asking for vegetarian and vegan meal options. You may have seen a long line at the salad or wrap/sandwich station. Make no mistake, veganism is making itself known across the United States. It’s even made a place here at Novi High School.

Math teacher Bonita Narra has been a vegan for about 3 years now, after being pescatarian for 15 years.

“At first, there wasn’t really anything. I didn’t even have the knowledge and know if I was taking some sort of supplement that could be made from animal bones, like gelatin. It just took a while to figure things out.” she said.

These days, she doesn’t find it challenging. “Just within the past year our market has significantly changed and made it much easier,” Narra said.

“It wasn’t even in my radar to become a vegan. Then one day I went to Veg Fest, I found out about byproducts, and I was like ‘Okay, I’m going to do this’”.

When Narra first went vegan, one of the biggest drawbacks for her were social gatherings. “Am I going to have anything to eat? Should I eat ahead of time? Should I bring something? Are people going to be asking me a whole bunch of questions? There’s a lot that went along with that, but the more I did it, the easier it is.”

But to her, the benefits far outweigh the drawbacks. She saw herself in a better mood and better health, with more energy, as well as having a better, more positive impact on the environment.

Her impact on the environment led her to re-evaluate and find herself in a more spiritual way as well.

Aside from her mental and spiritual health, Narra’s vegan journey also had an overall impact on her physical health. As someone who was diagnosed with asthma when she was young, she suffered from respiratory problems and had to reach for her inhaler. Her switch to veganism inspired and motivated her to try out other healthy habits, and these days she often jogs and works out. In the past 10 years, she’s rarely reached for her inhaler.

To Narra, making that transition to veganism and giving up cheese, dairy, meat, and even some deserts was worth it in the end as she saw improvements in her health, spiritually, morally, and physically.